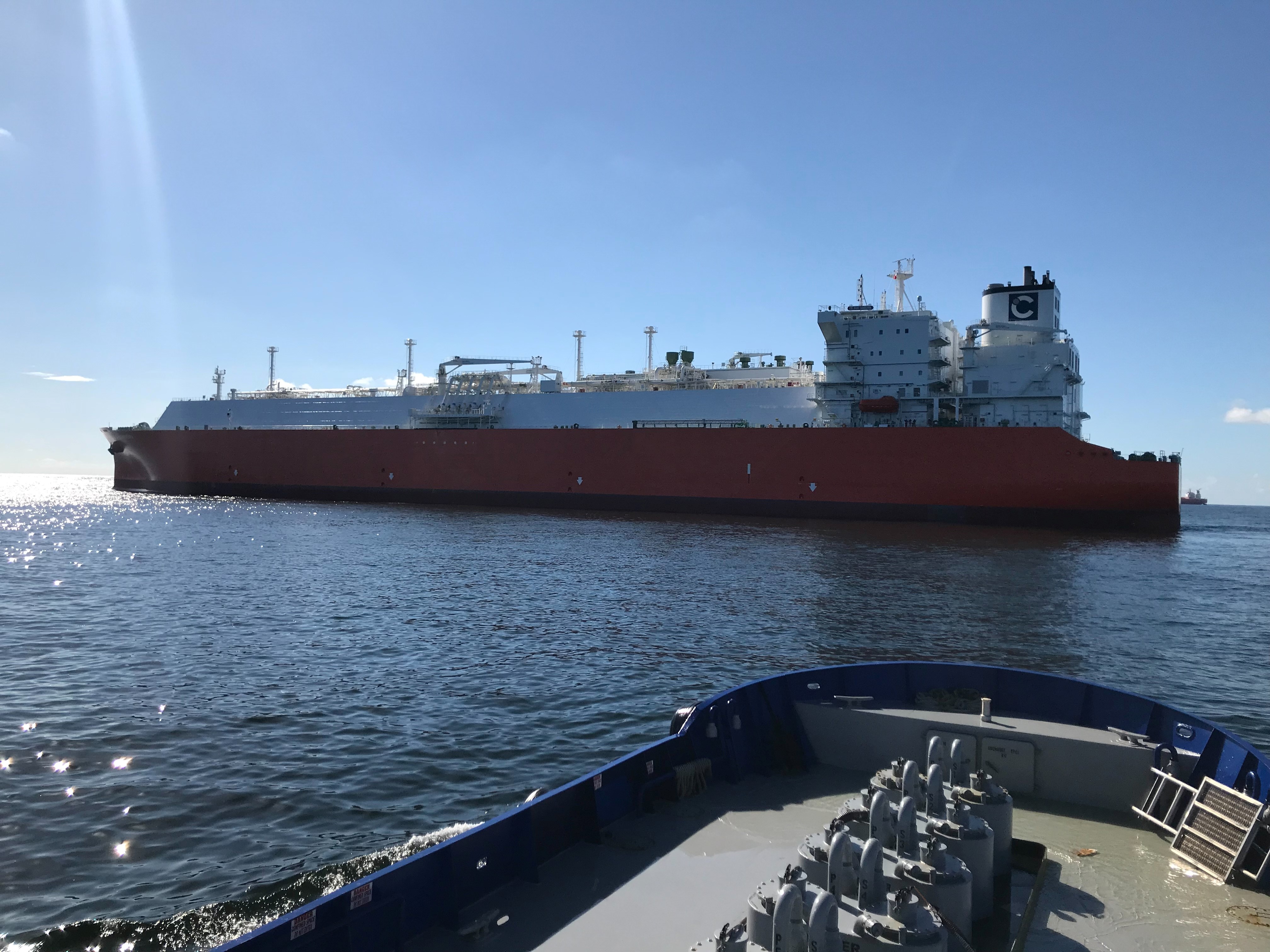 A record-breaking 77,000 litres – or 73 metric tonnes - of Talusia Universal (TU) has been delivered to the LNG tanker Celsius Canberra, 11 Nautical Miles off Galveston, Texas in the Gulf of Mexico. Not only was it Lubmarine’s first bulk delivery of Talusia Universal to an LNG vessel in North America, but it was also the largest off-shore order delivered since the devastating ‘Texas freeze’ that shutdown the production of base oil and additives plants back in February.

The 119,000 tonne LNG Tanker took delivery of Talusia Universal through Belle Chase Marine’s Gordon K lube oil bunker barge, moored off Galveston. An international team effort saw Lubmarine’s Hong Kong office take the order from the vessel operator before working with the North America team to manage the logistics and delivery of TU in the Gulf of Mexico.

According to Lubmarine’s North America Supply Chain Manager Michael Kane, the order was not only a record first bulk ship-to-ship delivery to an LNG vessel in North America, but a clear demonstration of Lubmarine’s capabilities to manage bulk deliveries despite the problems created by both the Texas freeze earlier in the year and Covid.

“We were absolutely delighted to be able to work with Belle Chase Marine to enable this bulk delivery of TU to the Celsius Canberra in such an efficient and successful way. We are starting to see increasing numbers of LNG vessels in North America which is translating into increased orders, but this is by far the largest we have had to date,” said Michael.

“The majority of LNG vessels in North America have to take their lubricant by drum as on the East Coast in particular there is currently no ship-to-ship lubricant delivery solution available. Since LNG Terminals do not allow truck or barge deliveries, to have the opportunity to offer our customers direct off-shore bulk deliveries through Belle Chase Marine’s Gordon K is a great addition to the services we can offer the growing LNG fleet in North America,” he added.

Michael also believes this delivery demonstrates Lubmarine’s capability to overcome the catastrophic market impact of the Texas freeze, thanks to its diversified position across its base oil, additives and blending plant supply chains.

“The Texas freeze has had - and in some cases continues to have - an impact on the supply chain, but due to our diversified position of having more base oil, additive and blending plants within our portfolio we have been able to minimize disruption for our customers and position ourselves ahead of the market by being able to offer higher volumes.  “And of course – we have Talusia Universal to offer the LNG market in North America which is a major advantage for us,” added Michael.

Having been re-qualified and fully approved by MAN ES for use on all engines operating on <0.50% S VLSFO and with residual fuels containing from 0.5% to 1.5% sulfur, it also bears a DF validation and a NOL by WinGD for use on all engines and all fuels with sulfur content ranging from 0.0% to 1.5%, including LNG. Talusia Universal is currently one of only two products that has received validation for use on WinGD’s X-DF engines.

How Lubmarine is Growing its Off-Shore LNG Deliveries in North America with Belle Chase Marine and the Gordon K?

Lubmarine has been working with Belle Chase Marine since 2020 following the launch of the Gordon K barge in 2019. In 2020 Lubmarine made 17 offshore deliveries with the majority of them being to LNG ships. The Gordon K has 16 tanks with a total safe fill capacity is 24,350 gallons or approximately 86 metric tonnes of cylinder oil.