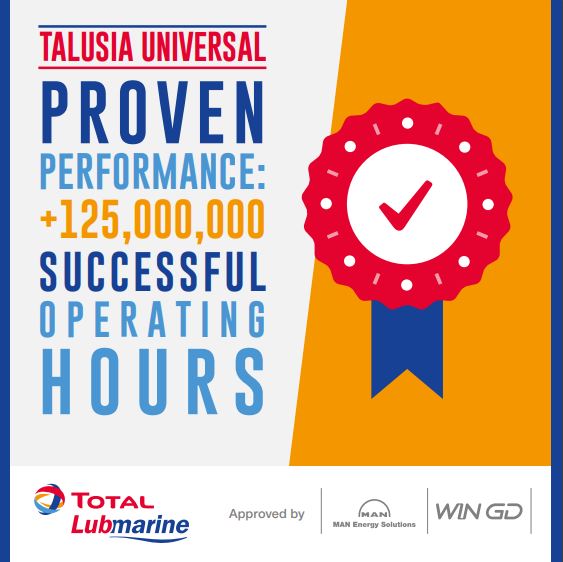 Whilst the use of low sulfur fuels has clear environmental benefits, what the transition to IMO2020 has highlighted is that it has not come without its issues for modern marine engines and in turn for vessel operators.

Through the findings of collective research including the BIMCO 2020 Fuel Oil Quality and Safety Survey - the transition to IMO 2020 was initially not a smooth one, with operators reporting a range of issues including:

The resultant issues created significant time and cost implications for operators globally with engine fouling and in extreme cases loss of propulsion. In the BIMCO study:

Whilst the shipping industry is now getting to grips with the issues encountered in early 2020, what this has served to highlight is that, in this post IMO2020 seascape, selecting the right cylinder oil in tandem with a managed Drain Oil Analysis Programme has never been more important than it is today. Not just in helping meet IMO2020 requirements, but in delivering effective Lubricating Oil Feed Rate (LOFR), Operational Expenditures (OPEX) and in preventing costly engine wear and damage. Incorrect lubrication remains the most frequent and expensive cause of main engine damage.

Fortunately, there is a proven solution available, designed to prevent these issues from arising whilst delivering wider benefits of LOFR and added reassurance and peace of mind – TALUSIA UNIVERSAL.

TALUSIA UNIVERSAL is a fully OEM approved BN57 cylinder oil with a unique chemistry and proven with over 125,000,000 successful operating hours. It is helping many ship operators around the world maintain engine cleanliness without engine deposit build up. Proven to handle the engine cleanliness demands of all engine technologies operating IMO 2020-compliant low sulfur fuels TALUSIA UNIVERSAL’s pioneering chemistry ensures optimum engine cleanliness and efficient acid neutralization. That means it can be used in confidence continuously with low sulfur compliant fuels without risk of deposit growth, providing real confidence for anyone using variable fuel batches.

Tests show that TALUSIA UNIVERSAL performs better than BN40 in cleaning ability (detergency) and provides higher residual BN, enabling you to optimize the feed rate and maintain the iron content within the specific limitations in accordance with OEMs guidelines during long-term operation. It is also proven to provide additional safety margins compared to BN40 CLO, achieving the lowest recommended LOFR when based on visual inspection and drain oil analysis. Its additional surfactant molecules provide effortless reassurance and confidence in engine cleanliness, helping extend the operational efficiency of ship engines, saving vessel owners and engineers, both time and money in the long term.

Using TALUSIA UNIVERSAL operators can optimize their feed rate and maintain the iron content within the specific limitations in accordance with OEM guidelines during long-term operations. It is proven to handle the engine cleanliness demands of all technologies operating with low sulfur fuels.

To provide vessel operators and owners with added reassurance, TALUSIA UNIVERSAL has received recent No Objection Letters from both MAN ES and WinGD.

Most recently, in May 2020 in response to issuing its new service letter, MAN ES issued Total Lubmarine with an updated No Objection Letter (NOL) for TALUSIA UNIVERSAL. As a result, TALUSIA UNIVERSAL remains fully certified for use on MAN ES two-stroke engines operating on <0.50% S VLSFO and fuel with a sulfur content ranging from 0.5 to 1.5% sulfur.

In March, TALUSIA UNIVERSAL also received a No Objection Letter (NOL) from WinGD for all fuels with a sulfur content of 0.00%S to 1.50%S. The NOL was awarded with no restrictions following the successful completion of two rigorous tests carried out on two differing vessels fitted with W6X72 engines. The tests were conducted on split engines comparing TALUSIA UNIVERSAL with a BN40 reference Cylinder Lube Oil (CLO). One test carried out with compliant VLSFO <0.5%S, the other one with compliant ULSFO <0.1%S for 2350 and 2000 running hours respectively.

To find out more about the performance benefits of TALUSIA UNIVERSAL click here.